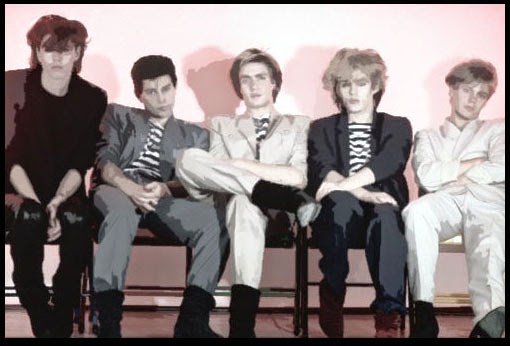 There’s a meme going around Twitter in which authors tag other authors; tagged authors must then post answers to a few brief questions about their work. You can read their responses by following the #MyWritingProcess hashtag on Twitter. Last week, author Salem Archer tagged me. Salem and I were both in competition for this year’s Amazon Breakthrough Novel Award, me for Lonely Satellite, Salem for Moondance in Red. She first appeared on my radar after she delivered a cold, brilliant, discussion-ending smackdown on someone who was being a nitwit on a message board, which made me instantly realize this smart, cool lady was worth knowing. You can visit her author site here.


This is not the sort of thing I usually do here at Preppies. Ergo, to avoid alienating my core readership, my answers will be interspersed with pretty pictures of Duran Duran, which I have doctored in Photoshop for enhanced eighties appeal (also because I'm having a rough week, and I find Photoshop oddly soothing).


What am I working on?
I’m on the home stretch of the first draft of a complete rewrite (“first draft of a rewrite” is a bit of an oxymoron) of a novel I wrote ten years ago. At that time, it was titled Anathema, though that’s going to change, since in the ensuing decade, extraordinarily talented best-selling author Neal Stephenson published an excellent novel called Anathem, curse him. Anyway, The Novel Formerly Known As Anathema is set in the same universe as my book Wrong City, though it’s not a sequel. Some of the characters—notably the enigmatic and too-cool-for-words Sparky Mother and his glamorous henchwoman Poppy—cross over from Wrong City. A few more pieces of the mythology I started to create in Wrong City, the stuff about the shadowy Sparky-led cabal of supernatural beings who rule Los Angeles, should fall into place.

I should wrap up the draft in a week or two, then I’ll set it aside for at least all of August before starting the rewrite. If all goes smoothly*, there’s no reason it won’t be released by my publishing company, Luft Books, by the end of the year.

*All will not go smoothly. 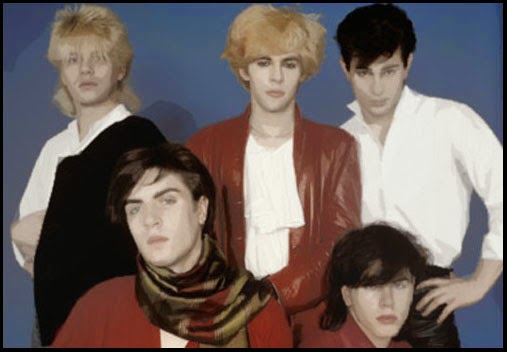 How does my work differ from others in its genre?
I don’t work in one specific genre, and I enjoy poking holes in genre boundaries. Bias Cut is a mystery with chick-lit elements; Lonely Satellite, which is Bias Cut set in a dangerous alternate timeline, is post-apocalyptic sci-fi. Charlotte Dent is general fiction leaning toward chick lit, Wrong City is contemporary fantasy (as is its upcoming companion book, It Used To Be Called Anathema), and Preppies of the Apocalypse is young-adult fantasy.

The huge advantage to releasing books through my own publishing company is that it gives me the opportunity to view genre in a fluid sense. Since the concept of genre is crucial to the marketing purposes of traditional publishers, I’d almost certainly be forced to respect established genre limitations, were I to go that route. I’m always baffled when I run into readers—and they are legion—who seem bizarrely proud of their weird, stringent, self-imposed genre biases, i.e. “I only read mysteries” or “I never read sci-fi” or “Literary fiction is pretentious” or “Popular fiction is shallow”. Fiction is, first and foremost, about the characters, and the story, and the themes, and the overall efficacy of the writing. The genre a book falls into is one of its least important elements.

As I mentioned before, this new book, No Longer Anathema, exists in the Wrong City universe. Both books are, again, contemporary fantasy. I’m going to get really cute, though, and also incorporate characters and concepts from both Bias Cut and Charlotte Dent—neither of which contain any supernatural elements whatsoever—into the story, in the interests of building one monstrous, burgeoning fictional universe. 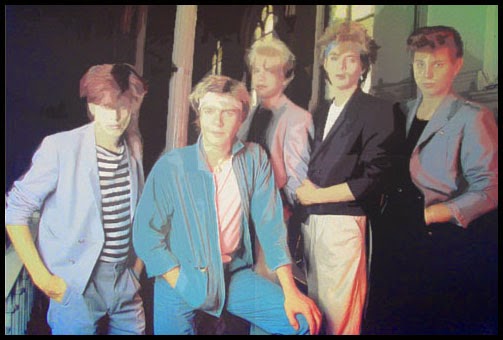 Why do I write what I do?
It’s mostly about exorcising demons, I think. The themes of several of my books revolve around the dynamic between fame and success, which, not coincidentally, is a concept I mull over a lot in my daily life. Charlotte Dent’s Charlotte is a struggling actress, Wrong City’s Vish is a struggling screenwriter, Bias Cut’s Laurie Sparks is a famous designer-slash-reality star who is surrounded by people who are much less successful than he is. The protagonist of The Book That Will Not Be Titled Anathema, Felix, is an entertainment reporter and a failed actor/model/whatever (his highest-profile project was a film called Frat Party, USA). Most of my books are at least partially set in Los Angeles, where I lived for twenty years while working in and around and outside of the entertainment industry, before moving to New York City three years ago.

I was not a success in the entertainment industry. I wrote a whole lot of screenplays, but I never ended up selling any. I worked as a writer on some cool projects that never went anywhere. I worked as a producer on television shows, but never as a writer. Even now, with several years separating me from that stage of my life, I don’t understand all the elements that led to my failure. Was it me? Was it Hollywood? Was it bad luck? What did I do wrong? What could I have done differently? Much of my fiction helps me sort through these questions. I don't have any sweeping conclusions, and probably never will, but my novels at least show readers my approach to the subject. 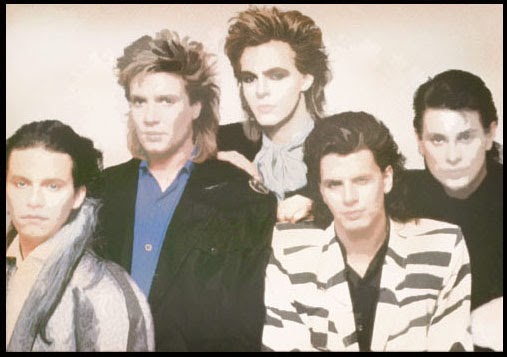 How does my writing process work?
Usually, here’s how it goes: Brainstorm, outline, write, rewrite, rewrite, rewrite, polish. With It Once Was Anathema, however, it’s a whole different ordeal. I have a copy of my ten-year-old manuscript, which I’d thought was in publish-ready shape at the time, which I’m using as a loose template for the updated version. It was a pretty good draft, really, but I’m a different person now than I was in 2004, and there are parts of the story I feel obliged to handle differently. So I tore apart the old version, chopped it up into its component parts, and figured out what I could keep, what I should ditch, what I need to wholly rethink, and what I just need to nudge into place. I built a new outline from that—mind you, when I say “outline”, I’m talking about a monstrous, Byzantine, multi-page, elaborate chapter-by-chapter breakdown, complete with dialogue snippets and descriptions and key beats—which I’m now working from to write my new, revised first draft. When I’m done with that, I’ll compare it to the old version, with an eye toward cannibalizing parts from my original manuscript that I think work better than the rewritten bits.

I write sloppy first drafts. Fortunately, I’m a meticulous rewriter. The first draft goes quickly—I aim for a chapter a day, every day, until I’m done—but the rewrite drags on forever. If I’m ready to publish it by Christmas, I’ll count this one in the Win column. 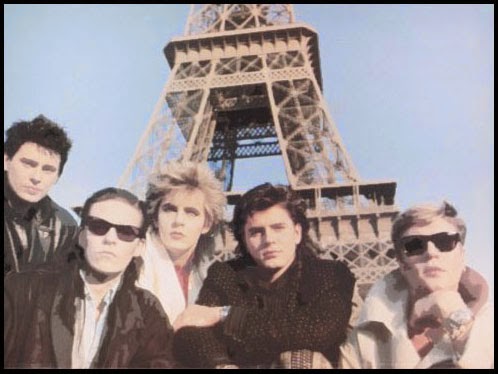 If you hung in there until the end, thanks for reading. In return, I’m now tagging my friend Sarah Vance-Tompkins, romance author and blogger at Cinderella After Midnight, who will be posting her own answers to these questions in one week on July 28th. Sarah and I first met while working in the same building on the Paramount Studios lot in Los Angeles; we became friendly, then soon realized we lived right across the street from each other. Plenty of mutual cat-sitting ensued. (We also both attended USC’s film school, though our paths did not cross until later.) Here’s her bio:

Sarah Vance-Tompkins received an MFA in Film Production from the University of Southern California and went on to work in feature film development at Lightstorm Entertainment, The Ladd Company and USA Films, among others. Prior to film school, she wrote and produced radio and television commercials. She has worked as a reporter for a weekly entertainment trade publication, as well as a freelance journalist and movie reviewer. She has been paid to write obituaries, press releases, the directions for use on personal lubricant bottles, and descriptions of engagement rings for an online jewelry store. She works in social media marketing.
Labels: ABNA Bias Cut Wrong City